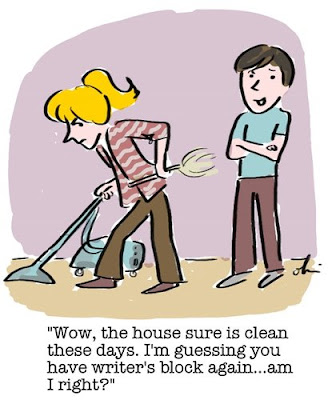 Sure I've met with the wall.

It happens about three times during my novel. After chapter three when I have defined my characters and am not sure what the hell the story is. Around mid-way when I'm sure this book is total crap and I shouldn't be writing it. And after I end the first draft and know that I have to go into the dreadful second draft phase. The second draft usually takes longer than the first draft because you have to clean up a lot of nonsense--the only saving grace, you have already typed THE END and you don't have to feel like quite the loser while you struggle through each sentence.

BUT is this writer's block or exhaustion? Am I just tired of typing away about one set of people or am I really hitting a block and need a bulldozer or a cosmopolitan to get past it? Or a Writer's Block, a drink that I came across in the New York Times.

I don't know if it works but it definitely puts me in a good mood. But nearly any cocktail can do that.

But these are still the good times. Ask my husband and he'll tell you that I'm much less of an uber bitch when I at least have a book to work on. When I'm in between stories it's a whole other story. My kids are going to grow up and say that they knew mama was a writer because she kept saying things like, "I got nothing to say. No stories, no nothing." And their favorite, "Can you keep it down, I'm in the middle of a sentence."

I hit major block when I finish a book, send it away, and have nothing but an empty page in front of me. There is nothing more intimidating than typing in the title of the book (I need a title before I can write anything) and chapter 1. I hate typing in chapter 1 and sometimes write a Prologue that may or may not be part of the final book. A prologue makes me feel safe, like it's
going to be all right, that the book will have a THE END.

I'm not having writer's block right now--and maybe that's why I can write about it. During writer's block, nothing comes out, and I mean nothing. I sit in front of the computer and watch TV, read a book while the laptop is on my lap, or chat with my husband about complete nonsense, ask my children to play monopoly with me until they're sick and tired of it--I do laundry, cook up a storm, go out with friends, invite people over all the time--anything to not look at the blank screen with no title and no chapter 1. Just a file titled Latest1.docx in a folder called Latest1.

It's the hardest time in any writer's life. I fear the wall. I fear opening the story I'm working on and finding that there are no new words, there's nothing to say, nowhere to go.

I'm almost ready to finish draft 1 of a book--and I know that the wall is rigth around the corner. I'm going to hit it and then what? I have to get through quickly because I only have two weeks of vacation and I need to get the manuscript to my agent by Labor Day Weekend. So I have my fingers crossed--I'm counting on skipping the wall this time as I type THE END and think, this book is a total waste of time. I need to rewrite the whole thing. I need to rewrite every book I have ever written.

After five books you'd think I'd be more sure of myself--you'd be so wrong. Self doubt is my middle name. I'm a writer and I'm scared of hitting the wall. 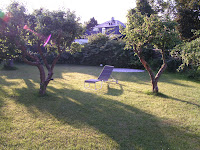 So we moved again. This time it's for keeps - or at least 5 years. Anyway, that's what we're telling ourselves. This is our fourteenth dwelling in the fourteen years we've known each other. We're exhausted. This is the first though that we threw out and gave away all our packing boxes. It's very liberating.

It's a great time to move. The weather is lovely so we can enojy our trouble-free garden that is all lawn and bush and lovely easy-to-climb apple trees. I'm not climbing the apple trees but my boys are all over them. My younger one spends a lot of time up there - doing god knows what because the apples are not big or ripe enough to eat. 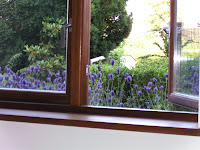 So I have a beautiful study now. Mostly it is empty - has a couple of book shelves and a table facing a window that opens into a big patch of lavender. It's very inspiring. And even though I had my doubts, I have been writing up a storm, which is a good thing because I really need to finish this book and send it to my agent by the end of August. When life comes back to the publishing world after Labor Day I want to be locked and loaded with a finished manuscript. Fingers crossed!

Hope everyone is having a lovely summer!

My friend John Blumenthal is a very cool writer - and not just novels, movies too. He wrote the superhit from the nineties BLUE STREAK.

His latest blog is titled:

"How Can Mike Huckabee Dispute Evolution When He Was Elected By Neanderthals?....And Other Political Queries."

Check it out, comment, rant, tell a friend, call John an idiot... whatever.

So the useless President Sarkozy comes out and declares that the full-body religious gown is a sign of the 'debasement' of women.

He's perfectly okay with his wife being plastered around the Internet without any clothes on but he has a problem with the burkha. Naked pictures of his wife all over the place do not debase women - a woman covering herself is debasing herself. Can the guy hear himself or is he so full of himself that he misses the bloody point?

I don't understand how on the one hand people like Sarkozy talk about democracy and freedom and on the other want to tell some women how they should dress. It's really none of his business.

Oops, below is the cover of THE SOUND OF LANGUAGE in Serbian (or is it Bosanski?). The previous one was the Romanian translation. I thought it was Serbian because I didn't know Ballantine had sold Romanian rights. But it's exciting to know that THE SOUND OF LANGUAGE has now been translated in Dutch, Danish, Romanian, and Serbian (or Bosanski - I'm not sure but I hope a reader can help me). More translations to come I hope...once the recession passes and publishers the world over start buying books again. 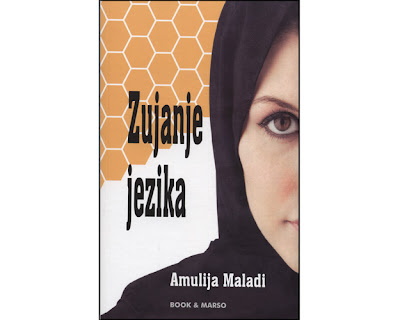 My book in Serbian...

I don't even know what the title translates to but this is the Serbian translation of THE SOUND OF LANGUAGE. 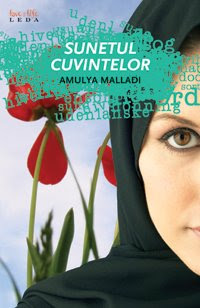 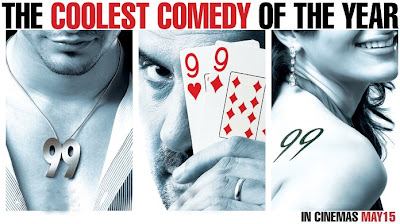 This year’s funniest and coolest film, 99, releases worldwide on May 15!

99 is a 'smart comedy' that promises a hell of a ride with unpredictable and hilarious twists and turns. Facts and fiction are liberally mixed to create a heady cocktail of twists and turns and loads of laughs.

It is an exciting comedy-thriller-historical fiction, a one-of-a-kind film.

The eclectic cast blends a reinvented Kunal Khemu with a new look, the ever-cool Soha Ali Khan in a chic new role, the hilarious Cyrus Broacha in his first feature role, and the talented powerhouses Boman Irani and Mahesh Manjrekar. The film also brings yesteryear hero Vinod Khanna back to the silver screen in a rare cameo.

The film is already generating buzz as the COOLEST COMEDY of the year, and is coming to ALL CINEMAS on MAY 15.

Watch the super-cool trailer on www.99thefilm.com or on youtube.